↓ Skip to Main Content
Home › Blog › ‘that wool-white bell-tongued ball of holidays’: the story of Dylan Thomas’ ‘A Child’s Christmas in Wales’

‘that wool-white bell-tongued ball of holidays’: the story of Dylan Thomas’ ‘A Child’s Christmas in Wales’ 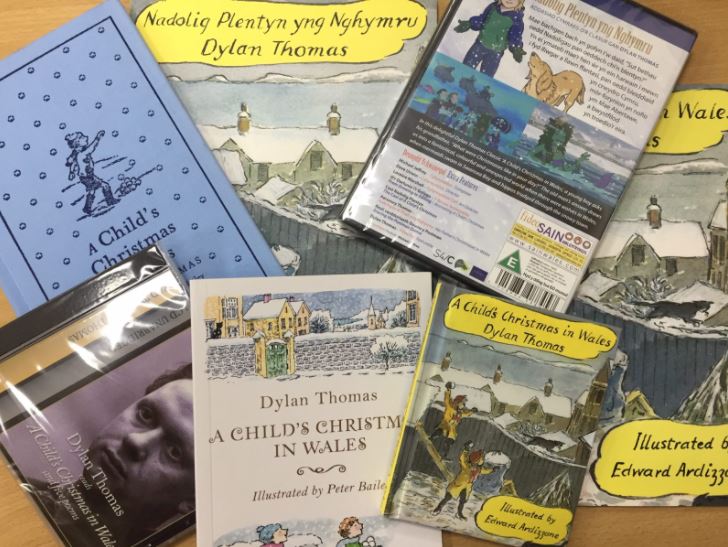 In the summer of 1945, Dylan Thomas was invited by the BBC to write another piece for the ‘Children’s Hour’ programme, following the successful broadcast of ‘Reminiscences of Childhood’. He wrote to Lorraine Jameson at the BBC in Cardiff: ‘Thank you for wanting me to do something else for the Children’s Hour.  I think ‘Memories of Christmas’ a perfectly good title to hang something on, and I’ll get down to it soon.’

He actually sent the script promptly as promised, mailing it on 25 September in plenty of time for his reading of it be recorded on 6 December in London. BBC Wales’ Children’s Hour transmitted it on 16 December, and Dylan’s fee was twelve guineas.

Two years later, he was asked to write a piece for Picture Post, and ‘Conversation about Christmas’ was published in December 1947. And in December 1950, he combined the two pieces to make the story ‘A Child’s Memories of Christmas in Wales’, for publication in US magazine, Harper’s Bazaar.

‘A Child’s Christmas in Wales’ was recorded for Caedmon Records in New York on 22 February 1952, during Dylan’s second north American reading tour. Both this recording, and the subsequent publication of a number of editions of the story, continue to be popular in north America, as well as the UK. Beautiful editions have been published and republished in English and in Welsh, and illustrated by a variety of artists including Edward Ardizzone, Peter Bailey and the US writer and illustrator, Ellen Raskin. Reading and listening to this magical story has become a tradition for so many people, with the evocative opening lines signifying the start of the Christmas celebrations: