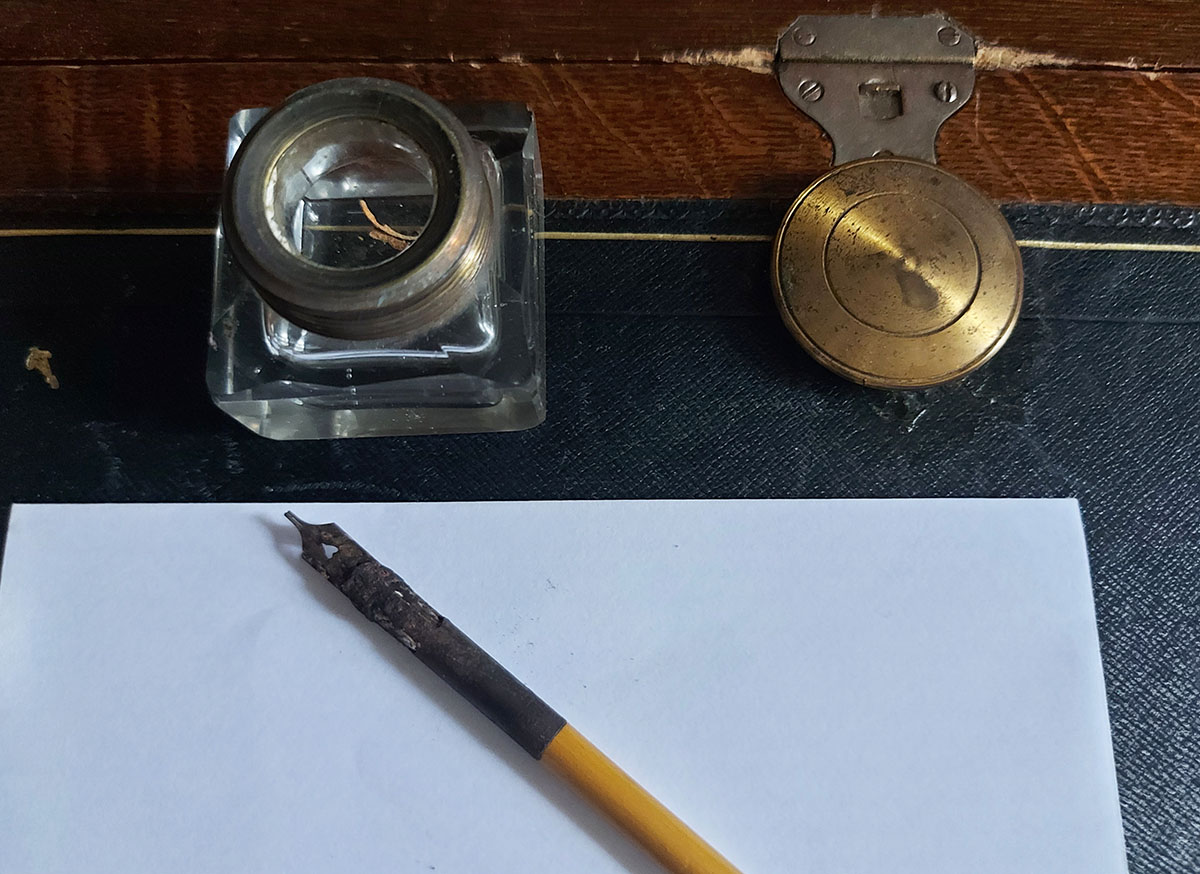 ‘There must have been more to Nancy than met the eye’ – Caitlin: Life with Dylan Thomas by Caitlin Thomas with George Tremlett

We begin Part 4 with some Thomas family drama. In June 1937 Dylan wrote to his parents to inform them that he was planning on getting married to Caitlin, whom he had met the previous year. His parents strongly objected and sought the assistance of Nancy and Haydn in intervening. On the 15th June, D.J wrote to Haydn ‘I’m sure both Nancy & yourself must feel very upset over the insane idea of Dylan’s marrying in his desperate financial straits. Marriage, too, as I pointed out to him, would still further damn his potential success as a writer or poet…’ Haydn suggested going to Cornwall to see Dylan and intervene in person, but this idea was dismissed by D.J. Thomas.  Haydn did, however, make a phone call to Caitlin’s mother in which he suggested that Dylan would not make an ideal son-in-law. On 20th June Dylan wrote to Nancy and Haydn asking to borrow money to help cover the costs of the wedding – the letter was posted without a stamp. Despite all attempts, which were limited as D.J pointed out that they could not ‘forbid the banns’, Dylan and Caitlin were married.

D.J. Thomas retired from teaching in December 1936, and he and Florence leased a house in Bishopston on the edge of Swansea, renting out 5 Cwmdonkin Drive. After living in Blashford in Hampshire with Caitlin’s mother for six months following their marriage, Dylan and Caitlin joined his parents for a month in 1938. Nancy would occasionally visit. Caitlin described a scene of Nancy sitting on a stool at a father’s feet, reading, while Dylan and Caitlin went to the pubs. She observed that Nancy appeared to have more of an affinity with her father than mother, and was very protective of him. Caitlin recalled that she found Nancy cold and that Dylan said ‘she lacked imagination and was a typical hockey-girl’. Caitlin claimed she did not believe this to be the case, and it is certainly an account contradicted by some of Nancy’s peers. Indeed, during her years at the Little Theatre Gweveril Dawkins said of Nancy: ‘a lot of the time she burbled absolute rubbish, but she could keep a roomful of people in stitches’. Indeed the ‘conformist, and rather smart’ woman of Caitlin’s recollection seems far removed from the woman described in Paul Ferris’ Dylan Thomas: The Biography as follows: ‘Once, helping to sew costumes, she pricked her finger and let out a stream of coarse language; the wardrobe mistress was shocked to hear such words from a girl whose family were so respectable.’

If Nancy apparently became conventional after she got married, this was soon to change with the outbreak of the Second World War. She joined the Auxiliary Territorial Services and was in a branch called the F.A.N.Y (short for Female Aid Nursing Yeomanry) serving as an army driver. After this, the timeline is a little unclear, but indications from the biographies suggest that she divorced Haydn in 1940 and joined an Officer with the Indian Army in Poona. She spent the duration of the War in India. Whether she was drafted to India and met Gordon Summersby there, or whether meeting Summersby was the catalyst for her divorce and subsequent move to India, I have not been able to ascertain.  Florence was certainly not happy to have a divorce in the family, going so far as to tell people Haydn Taylor had died rather than disclose the truth. It does not help that Nancy’s own version of events could be less than reliable. Gweveril Dawkins, one of her close friends said: ‘Some of the reasons she gave me for leaving her husband were most improbable. I never believed them’.

However, from the biographies we do know that Nancy was one of six women to accompany the British forces into Singapore, following the Japanese surrender in 1945. The First Aid Nursing Yeomanry website states that a group arrived in Singapore only 2 hours after the surrender, supporting the 14th Army. Was Nancy among them?  It is a shame there appears to be so little documentation related to Nancy with regard to the war, but I will continue to search and report any findings in a later blog if successful. During my sleuthings I did manage to discover a marriage record.  It transpires Nancy and Gordon Summersby were married in Calcutta on the 10th December 1945.