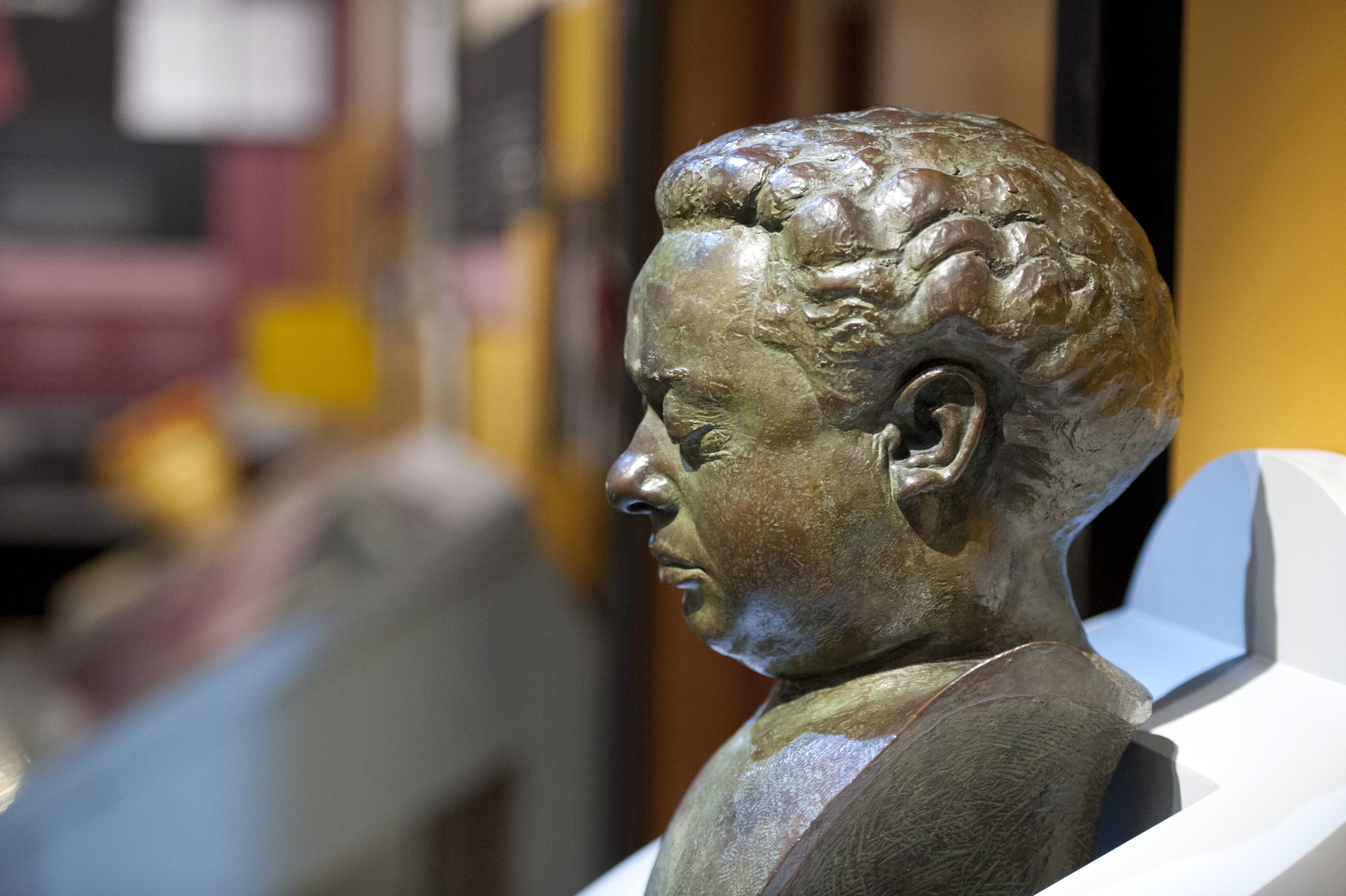 Dylan made two further trips to north America in 1953, and Linda Evans looks at his journeys to and from the continent that year.

In October 1952 it was announced, in a bulletin of forthcoming events at the Poetry Center in New York, that Dylan Thomas would be travelling from Wales for a third American tour the following May and there would be a reading performance of his play for voices, ‘Under Milk Wood’. So the stage was set for Dylan’s third visit to America,

He arrived in New York on 21st April, 1953, having travelled on the newly-built liner, the SS United States. She was the new flagship vessel of the United States Lines company, but her technically advanced design and engineering could not take the edge off a stormy crossing. In an understandably self-pitying tone, Dylan wrote to Caitlin that ‘the sea’s been brutal all the time’; he wanted to escape the ‘endless’ days  being ‘tossed and battered’ ‘on this hell ship’ of a ‘huge hot gadget-mad hotel’. He was feeling very seasick and wanted to be with her and ‘not on this endless cocktail-shaker’.

After a successful third tour (much shorter at six weeks’ duration than the previous two), he flew home, arriving in London on 4th June, to a city still celebrating Queen Elizabeth II’s coronation at Westminster Abbey two days previously. If he had hoped for an easier return journey, he was out of luck; the plane flew into severe stormy weather. Describing the flight, Dylan wrote to Oscar Williams, ‘it was stormy and dangerous, and only my iron will kept the big bird up’, before landing ‘With only one spine-cracking jar’.

In early September John Malcolm Brinnin, his U.S tour manager, accompanied by photographer Rollie McKenna, appeared in Laugharne to produce a magazine profile of Dylan and his family. A few days after their departure, and despite medical advice, Dylan announced his availability for a fourth tour, and on 19th October Dylan flew to America alone, although the original plan was for Caitlin to accompany him. He had been expected on 14th October but his Pan American airline ticket arrived at Laugharne after he had left for London, and was out of date by the time he received it.

On his arrival, John mentions in his memoir ‘Dylan Thomas in America’ that the poet complained of the heat, whilst wearing ‘a prickly camel’s hair scarf and a rug-heavy suit’, requesting a drink ‘right off’ at the airport bar before travelling to the Chelsea hotel. On 5th November Dylan collapsed and the circumstances surrounding his tragically early death have been well documented and debated, as has Caitlin’s behaviour upon her arrival at her gravely ill husband’s bedside. In her memoir ‘Caitlin: Life with Dylan Thomas’ she recalls that at the airport her car was given a motorcycle escort to St Vincent’s Hospital, although she remembers very little of the flight to New York, apart from drinking a lot of whisky in the lower-deck bar.

After his death four days later, Caitlin insisted vehemently that she wanted to take Dylan’s body back home to Laugharne for burial, and on 17th November she sailed for Southampton on the SS United States  with Dylan’s coffin in the hold.  It was fitting that he should return on the best and fastest liner America had to offer.

Unable to bear sharing a cabin ‘with a sort of glamour queen’, she orchestrated a drunken and ‘mad dance of destruction’ and was sent to the hold and given a seaman’s bunk, right next to Dylan’s coffin, where Caitlin remembers thinking ‘My God, this is exactly where I wanted to be…’. She felt more relaxed here where she could be near Dylan and ‘alone with my grief’. A group of unsuspecting sailors used the coffin as a table, laying out their playing cards and beer bottles on it. Caitlin felt ‘Dylan would have liked that’.

The final leg of Dylan’s journey home to Wales proved to be a circuitous one. Laugharne local Billy Williams collected Caitlin and the coffin containing Dylan’s body at Southampton docks. At one point they took a wrong turning and found themselves in the West Country, and Caitlin says they ‘stopped at quite a few pubs on the way with Dylan’s coffin left parked outside’, before finally arriving back to Pelican in Laugharne, his widowed mother’s house.

In total, for his four American tours traversing the Atlantic by sea and air, Dylan travelled approximately 30,000 miles including connecting journeys to airports and docks, but not counting the many internal journeys he made. His final resting place is at St Martin’s churchyard in Laugharne, where Caitlin is also buried; if plans come to fruition, the decommissioned SS United States could become a hotel, cultural hub and museum outlining the liner’s history.