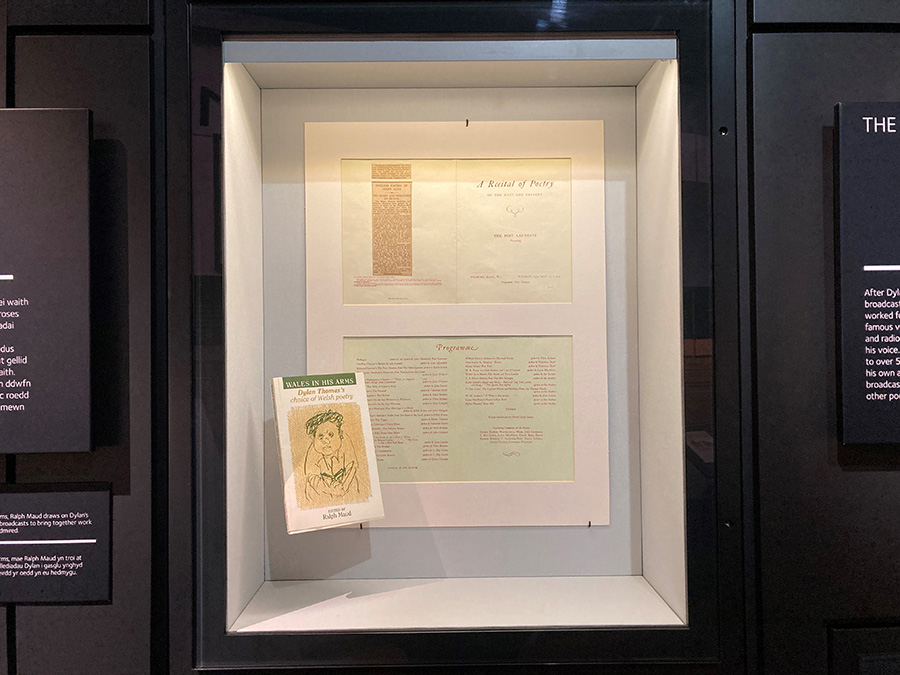 On 14 May 1946, Dylan Thomas took part in ‘A Recital of Poetry of the Past and Present’ at London’s Wigmore Hall. In the audience were Princess Elizabeth and Princess Margaret with their mother, Queen Elizabeth.

Dylan was invited to participate in the evening by the Poet Laureate, John Masefield, and he was asked to be a member of the committee who selected the performers and shaped the programme. Dylan reportedly turned up a little later than expected, and looking slightly dishevelled, but performed very strongly.

He read his own poem, ‘Fern Hill’, to close the second half of the event, having already read DH Lawrence’s ‘The Snake’ and Blake’s ‘The Tyger’. Other illustrious participants include John Laurie (Private Fraser in Dad’s Army) who read three Rabbie Burns poems including ‘Go fetch to me a Pint o’ Wine’, and John Geilgud, whose readings featured Marvell’s ‘To his Coy Mistress’.

The Times review of the evening stated that ‘Mr. C. Day-Lewis, Mr. Louis MacNeice and Mr. Thomas came off much better in reading their own work than Mr. Walter de la Mare, Mr T. S. Eliot and Miss Edith Sitwell.’

However, as Dylan biographer Andrew Lycett reports, ‘the fireworks came afterwards. Caitlin was reported to have approached the Queen and said, ‘I say, do you like this? I don’t. I think I shall ask for my money back.’ According to Edith Sitwell, Caitlin then flicked some ash on the Queen’s dress. That part of the story may have been embellished…’

Incidentally, 14 May was an auspicious date for Dylan: on that day 7 years later Under Milk Wood had its stage premier with a cast in New York, while Dylan was on his third tour of north America.

Come and visit our free ‘Love the Words’ permanent exhibition to see the programme from the Wigmore Hall event, and much more!