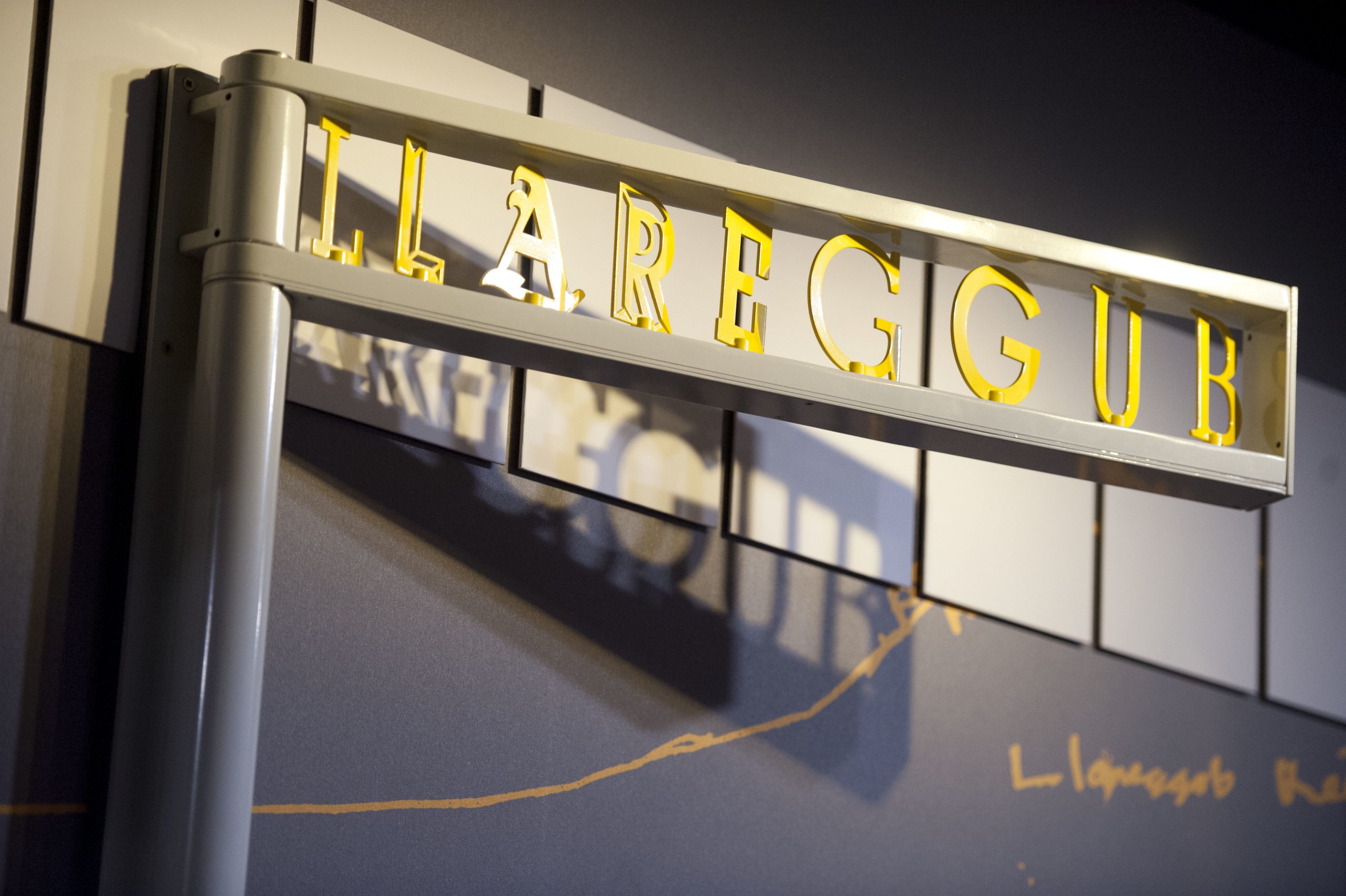 In her latest blog, Linda looks at a particularly curious inhabitant of Llareggub.

Dylan Thomas’ famous and much-loved ‘play for voices’, Under Milk Wood, is set in the fictional west Wales town of Llareggub and follows the lives of the inhabitants, in all their diverse glory, over the course of one day in springtime.

Thomas portrays him as a reclusive, impoverished misfit, an oddball who wears cast-off jumble-sale clothes, including the vicar’s frock-coat. Rarely seen in the community, he dashes outside to empty the slops and runs back inside his ‘dust-scrabbled shack’ near the harbour in lowly Donkey Street, where he lives alongside inhabitants notorious for their morals, such as unmarried mother Polly Garter, Nogood Boyo and Dai Bread, who has two wives.

In his kitchen he has surrounded himself with ‘sixty-six clocks, one for each year of his loony age’, which create a constant cacophony of sound (‘ping, strike, tick, chime and tock’), as he habitually sets them all to different times.

With his cut-glass accent (speech considered ‘posh’ and typical of someone from a high social class), it clearly points to a person who has seen grander days; someone who is down on their luck, perhaps a victim of circumstance. This would explain his hoard of timepieces, which include some unusual and expensive mechanical hand-wound clocks: ‘clocks shaped like Noah’s whirring Ark…clocks that pluck tunes, Vesuvius clocks all black bells and lava, Niagara clocks…old time weeping clocks with ebony beards’. Such is his love for them, he even keeps ‘clocks with no hands for ever drumming out time without ever knowing what time it is’.

Poor, eccentric, demented Lord Cut-Glass is oblivious to the ‘lust and lilt and lather of the burgeoning Spring’ outside;  he sees himself on a meaningful (yet ultimately pointless) mission, so must scamper ‘from clock to clock’ with his bunch of keys, maintaining a chaotic routine to keep them all going, although the actual time of day remains elusive.

His strangeness is further compounded because he eats ‘peppery fish scraps’ from a dog bowl on the floor in his ‘fish-slimy kitchen’ and winds his clocks while holding a fish head. This peculiar ‘lordly fish-head nibbler’ can be seen as tragi-comic. A curious character, he lives ‘a life at siege’ within ‘his double-locked rusty-shuttered’ home, in a constant state of alertness against some catastrophic conflict between good and evil, perpetrated by an ‘unknown enemy’ .

As is well documented, many characters in Under Milk Wood were in some part based on real people Thomas met and subsequently used to populate his play. Interestingly, David N Thomas, in ‘Dylan Thomas: A Farm Two Mansions and a Bungalow’, gives a detailed account of similarities that show Lord Cut-Glass was inspired by Alistair Graham, an Oxford-educated semi-recluse  from a privileged background, who  moved to  Plas y Wern, near Newquay in 1936, after being driven out of London society when his (at that time) illicit relationship with Evan Morgan, Viscount Tredegar, was discovered. Having left behind his notoriety following the scandal, Graham became well respected, and was known to be an obsessive timekeeper, dog owner and author of a pamphlet of Newquay mackerel recipes.

From autumn 1944 to Spring 1945 Dylan Thomas was living in Newquay, and, along with the local vet, the trio became companions, meeting in local pubs to discuss books. Graham also held parties which a local clique attended, including Dylan, who once described him in a letter as ‘the thin vowelled laird’.

David N Thomas posits that Lord Cut-Glass’ clocks were Thomas’ way of showing Graham ‘doing time’, as punishment for his affairs, which also included novelist Evelyn Waugh. Graham’s former partner, Evan Morgan, was a practitioner of the dark arts, and became known as the Black Monk. He created a ‘magick’ room, dedicated to the occult and William Cross, an authority on Morgan, notes that many people close to him often died unexpectedly, and in very unpleasant circumstances.

For Lord Cut-Glass, immortality is a clock that never runs down; he even dreams of clocks in his sleep. Aware that life can stop as easily as a wind-up clock, he must remain in a constant state of alertness against an ‘unknown enemy’ which will surely come searing and pillaging ‘down Armageddon Hill’ on ‘the Last Black Day’. Paranormal forces ‘will not catch him napping’ as he has barricaded himself within his rusty shack ‘at the bottom of the town’.

With this in mind, his all-consuming love affair with his clocks and their ‘black-and-white moony loudlipped faces’ is entirely understandable. Whatever we feel about Lord Cut-Glass, he is certainly the star of his curious show, and as Thomas allows us into his bizarre private world, it leaves a lasting, if rather disturbing, impression of one of the more peculiar inhabitants of Llareggub.