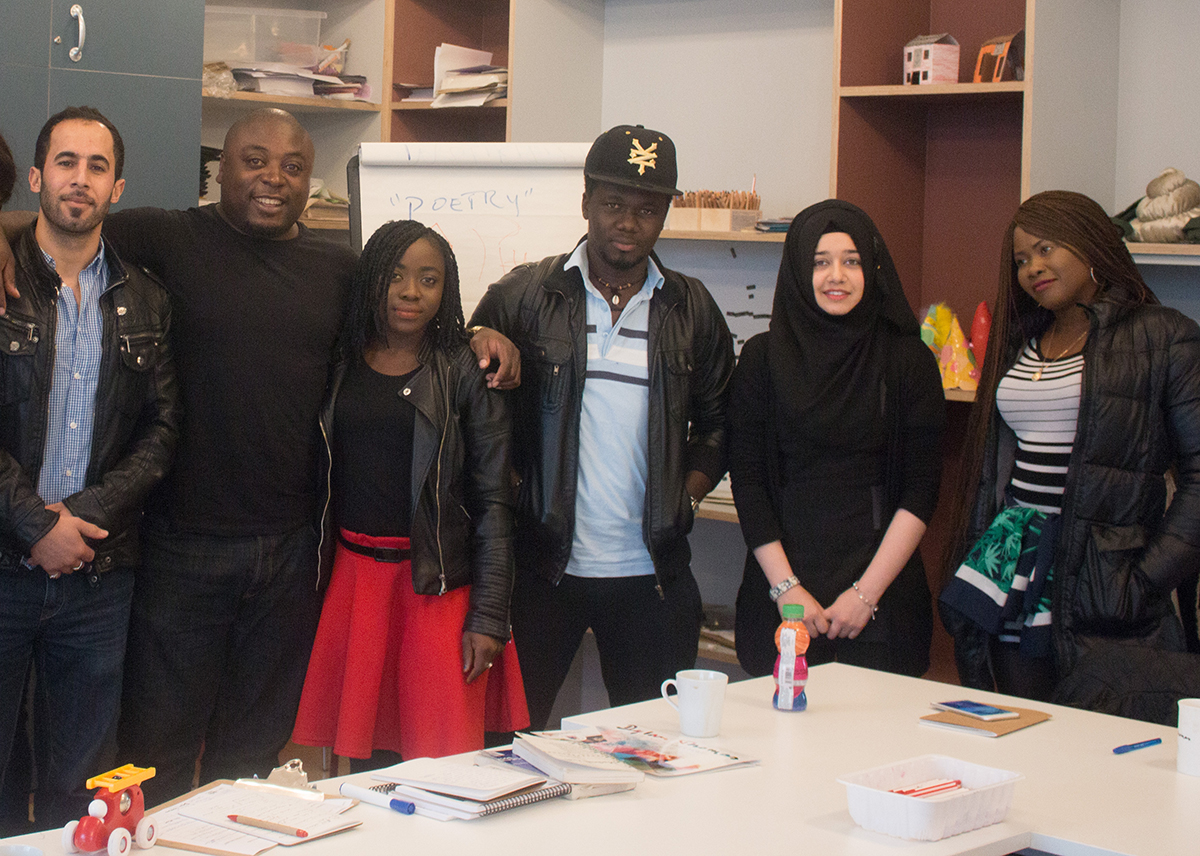 We are thrilled to announce that from 8 November, we’re hosting a new series of workshops with the award-winning poet, dramatist and novelist, Eric Ngalle Charles.

Originating from Cameroon, Eric’s writing draws upon his traumatic experiences after leaving his mother country – where instead of the asylum he sought, he became a victim of human trafficking. The esteemed publisher, Parthian, is currently editing his memoirs which chronicle his long battle for asylum in the UK. Recently awarded a Creative Wales Award by Literature Wales, and with his latest play, The Last Ritual, performed at this year’s Hay Festival, Eric Ngalle Charles is at the peak of his career.

Asylum seekers and refugees will be able to attend Eric’s creative writing workshops at the Dylan Thomas Centre for FREE, and with fully reimbursed travel. Children are welcome to enjoy the puzzles and games in our Book Nook, provided they are under parental supervision. Refreshments will also be provided.

In these two-hour sessions, participants can work through their personal experiences in a creative and safe environment, with the warm guidance of a tutor who is not only experienced as a writer, but is sensitive to the issues that specifically affect those seeking sanctuary.
The 2-hour sessions will run from 10:30am – 12:30pm on the following dates:

With thanks to Fusion and Literature Wales for their support.