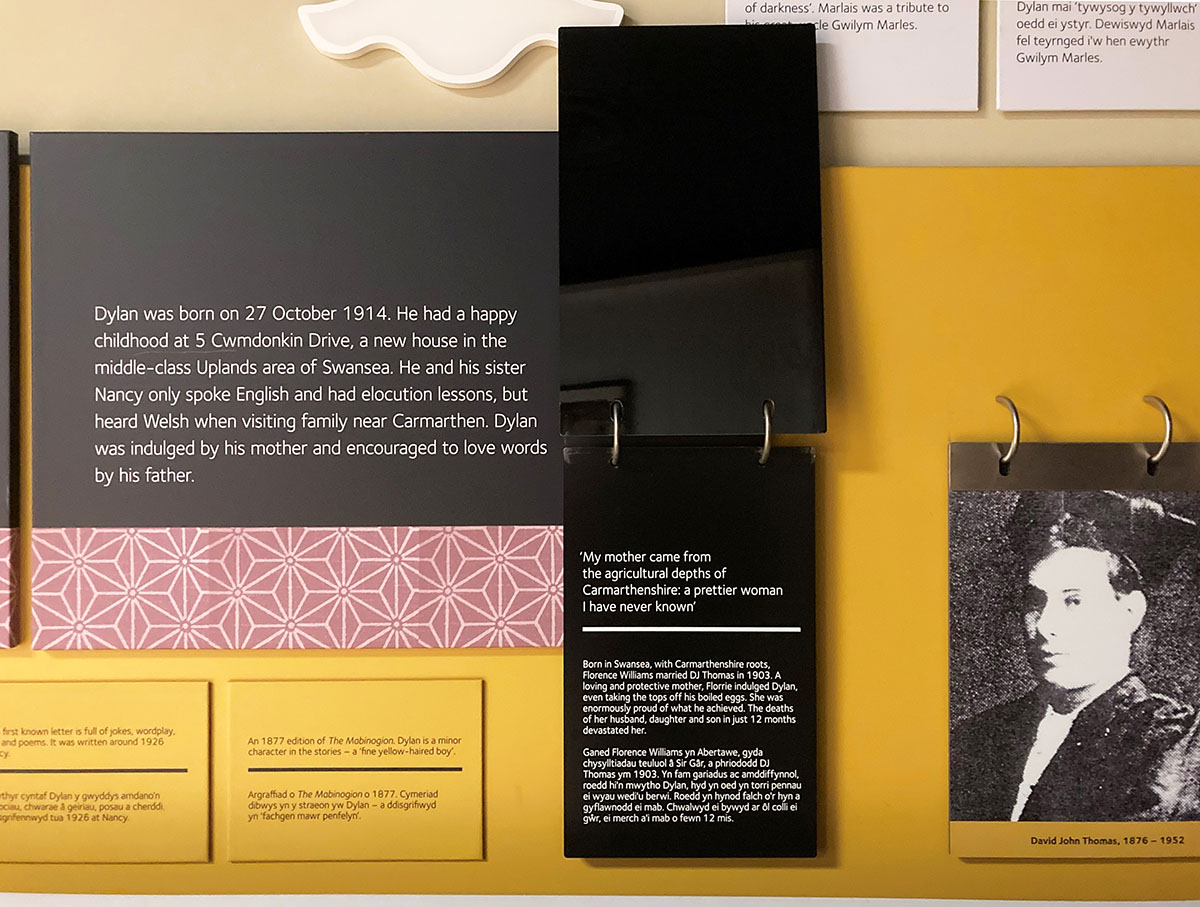 In the first of a series of blogs, Katie takes a look at the life of Florence Thomas, mother of Nancy and Dylan.

Florence Hannah Williams was born in 1882, the youngest of seven children. Her parents, George and Anna, originally came from Carmarthenshire and had moved to Swansea, where George worked on the railway. They brought up their family in Delhi Street, St Thomas; Florence was nineteen years younger than her oldest sister, Ann. Ann – who married Jim Jones and moved to Fernhill Farm, Carmarthenshire – is known to us through Dylan’s writing, being the subject of ‘After the Funeral (In Memory of Ann Jones)’, and featuring in the story ‘The Peaches’. Florence, as a child, would holiday at ‘Fern Hill’, as her son would in later years.

It is thought that Florence met David John Thomas in 1903 when Florence was working as a seamstress in a local drapery store. Paul Ferris, in Dylan Thomas: The Biography, states that, in to Florence’s version of events, she and D.J. had met at a fair in Johnstown, Carmarthenshire, and D.J had requested to meet her outside of her workplace the following Monday. On 30th December 1903 they were married in the Castle Street Congregational Church in Swansea. It is generally believed that their hasty decision to marry was a consequence of Florence being pregnant.

According to Ferris, Florence gave birth sometime in 1904 although, because the infant was stillborn or died within days of birth, there is no official record of this. The newly-married couple were living in Sketty and D.J. was working as an English teacher at Swansea Grammar school. They were said to have moved from there due to the lack of mains drainage; Florence was very preoccupied with the potential health ramifications for a child. By the time she gave birth to Nancy in September 1906 they were living in the town centre, very close to the Grammar School. Gillian Williams was the midwife in attendance, and a good friend of Florence’s. She lived in St Thomas and despite the Thomases living in a different catchment area, she assisted with the births of both Nancy and Dylan: ‘being it was Florrie, I stretched the point.’

After living in rented accommodation for a number of years, D.J and Florence bought the newly built 5 Cwmdonkin Drive, in February 1914. It is estimated that it cost £500, and the mortgage was in both their names, which was unusual for the time.. Although D.J.’s salary would have been somewhere between £400 – £500 a year, they frequently had money troubles. D.J. took extra work teaching Welsh in the evenings to supplement their income, although like many at the time they chose not to teach their children Welsh. There is indication that they lived outside of their means; according to Ferris, this was in part down to D.J.’s taste in books and whiskey, but the desire to ‘keep up with the bourgeoisie’ and Florence’s imaginative housekeeping also contributed. It is said that she would pay bills in rotation and frequently hid bills that she had neglected to pay from D.J.

Florence is often documented as being extremely house-proud. The living room downstairs and the upstairs front bedroom were kept for ‘best’- usually for visiting relatives from Carmarthenshire. The kitchen and parlour were Florence’s ‘domain’ where she frequently entertained friends, while the study was D.J.’s.

Dylan was born in the front bedroom on 27th October 1914. According to the midwife Gillian Williams: ‘he was about seven pound – he was a lovely baby’. There was, however, contention over Dylan’s name, taken from The Mabinogion, which was an unusual one at the time. Given the orthodox Welsh pronunciation is ‘Dullan’, Florence was concerned, telling Paul Ferris in 1955: ‘I didn’t know if we were doing right or if they’d be calling him “dull one” before the end.’ As we shall see in part two, Dylan’s name, and the pronunciation of it, was only one of many things Florence would be concerned about with regard to the well-being of her son.