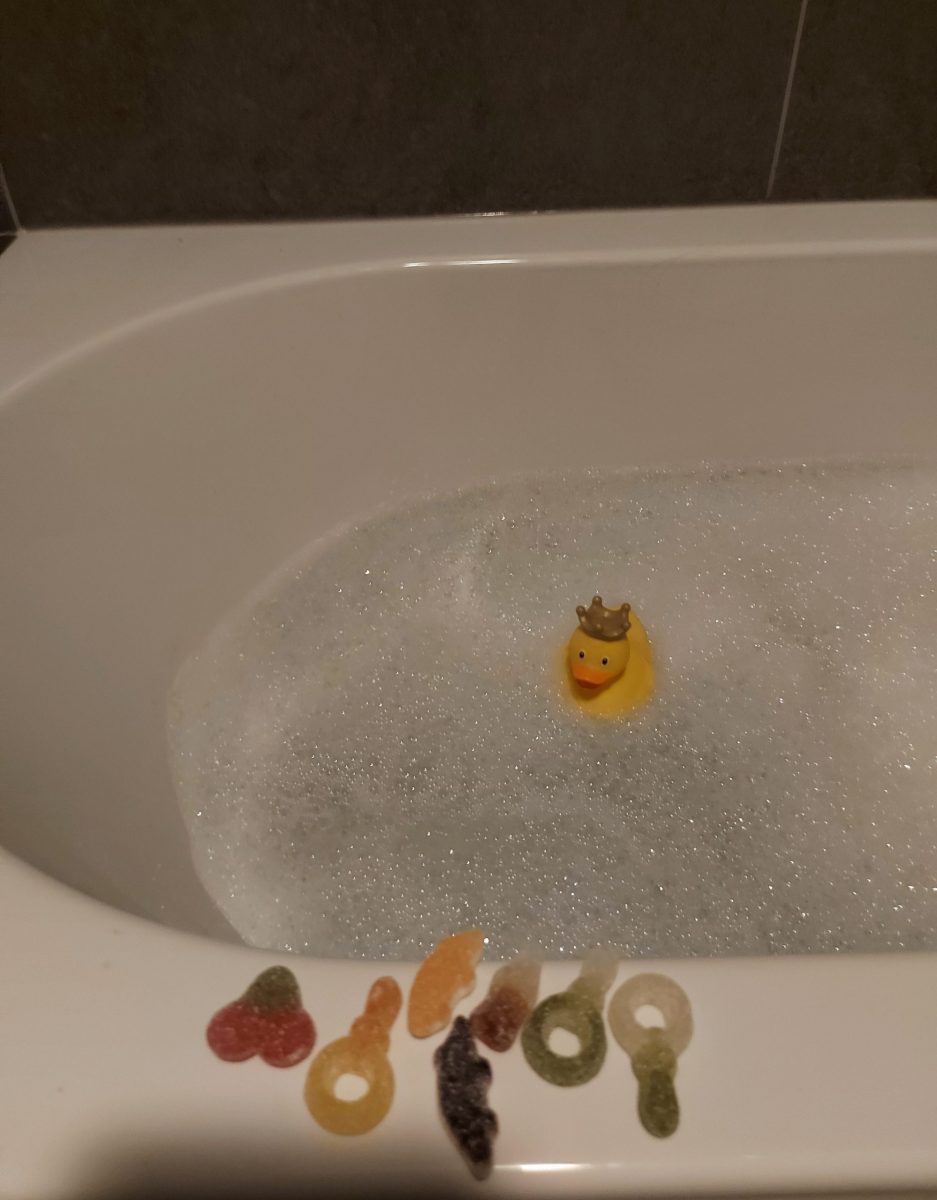 Katie spent a week re-enacting Dylan’s writing routine. Here’s the second part of her reflections on this, focusing on how he spent the afternoon and evening.

‘once he was in an environment where he could work, Dylan was extremely disciplined, writing to a strict routine’ – Caitlin: Life with Dylan Thomas – Caitlin Thomas and George Tremlett.

I had decided to spend a week re-enacting Dylan’s routine. The mornings, involving reading and catching up with friends, had gone well and I had thoroughly enjoyed them. The afternoons were to be dedicated to actual writing. When living in Laugharne, Dylan wrote between the hours of 2pm and 7pm. I opted to work from one until six, given that I wouldn’t have one of Caitlin’s infamous stews ready and waiting for me when I’d completed my task.

‘about fourteen o’clock I might really get up and say something brilliant’ – Letter to Pamela Hansford Johnson, May 2nd 1934.

One of the first things I noticed about Dylan’s writing regime was his need for solitude. Caitlin, in Caitlin: Life with Dylan Thomas observed that ‘he was always at his best when alone with his own resources.’ There was a need to be undisturbed and separated from daily life. In South Leigh, according to Paul Ferris in Dylan Thomas The Biography, Margaret Taylor provided the Thomas’ with a caravan which was set in the garden for Dylan to do his work in.  When in New Quay, according to Caitlin, Dylan ‘rented a room nearby’ to do his work. In Laugharne, Dylan had the Writing Shed where he would shut himself away and the children were instructed not to disturb him. I tried to recreate his environment by writing in my living room and keeping my phone in a separate room so it wouldn’t distract me.

I must confess, I found the imposed solitude quite difficult to abide by. I hadn’t realised how dependent I was on my phone until it was taken away. It didn’t help that the abundance of ideas I’d had didn’t seem to want to translate into words. I was typing sentence after sentence and immediately deleting them. I knew from his letters that Dylan sometimes wrote two lines of poetry in an hour, but this didn’t give much comfort. I found myself clock watching quite a bit! By Friday I was feeling rather despondent and dreading the afternoon, Dylan’s line ‘On no work of words for three lean months’ running through my mind. (Aptly the poem, about writer’s block, was begun in February 1933 but not completed until September 1938.) The poem was still playing in my head as I reluctantly opened the laptop, wondering what I should write. And then it struck me, why not write a short story about a character suffering from writer’s block, but with a little twist (I do love a twist). The premise followed quickly after and I spent an enjoyable afternoon eking out the first draft. For the first time all week I was watching the clock and wishing it would slow down, so that I could carry on working.

In the evenings at Laugharne, after he’d finished his writing and had his dinner, Dylan would have a bath – he would have sweets and pickled onions at the side, lay back in the water and recite poetry. This seemed an old habit. Back in November 1933 he had written to Pamela Hansford Johnson: ‘I often think that baths were built especially for drowsy poets to lie in and there intone aloud amid the steam and boiling ripples.’ After his bath he would go the pub. In his younger days, when he was a member of the Little Theatre, his evenings were taken up with travelling to Mumbles and attending rehearsals. Occasionally he would write in the evenings although, according to Constantine Fitzgibbon in The Life of Dylan Thomas this was something he did when he was younger rather than in later years. I opted to write during the evenings, although I did allow myself a celebratory beer on Friday after I’d completed the first draft of my story.

Dylan’s routine was extremely intense, no part of the day was void of words, whether it be accumulating ideas, writing down phrases or reciting works. Afternoons were Dylan’s preferred time to physically write. This put me at a little bit of a disadvantage when re-enacting his regime as my most prolific period is either first thing in the morning or last thing at night. However, I persevered. I found the experience rewarding, despite the occasional frustration, and felt more empathetic towards Dylan the writer. I also couldn’t help feeling fortunate for my situation – I was essentially writing purely for pleasure and if the words didn’t come, it was frustrating but nothing more than that. For Dylan, writing was his livelihood, the pressure to produce must have been profound. In 1938 he wrote to Henry Treece: ‘A poem, obviously, cannot be begun with the strength and singlemindedness it demands and deserves unless there is enough money behind it to assure its completion’. My pressures were self- imposed but nonetheless they still distracted from the job in hand. I came away from my week in admiration of Dylan’s dedication and self-imposed regime. In the future, I will certainly be reading more widely and making the most of the opportunities to develop my writing.