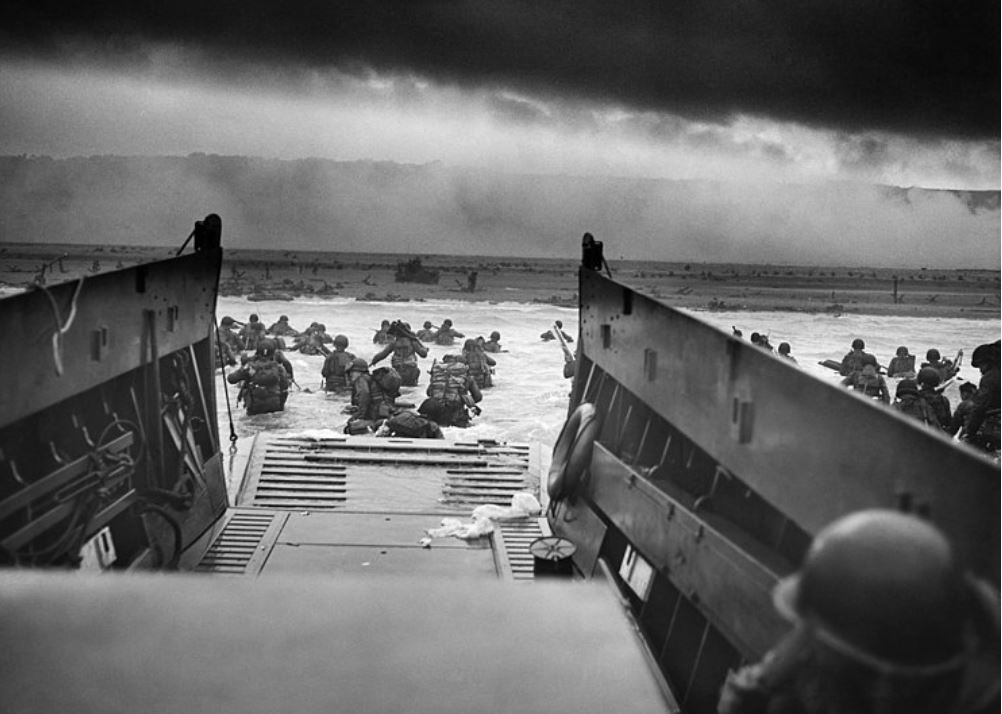 In 1944, Dylan Thomas and his family spent a few months in the village of Bosham, West Sussex. In the second of a two- part blog, the Dylan Thomas Centre’s Linda Evans looks at his time there during the D-Day preparations.

While in Bosham, the family (including new poodle puppy Dombey) could take walks around the quaint village, with its church, shop and pubs, including the Ship and the Anchor (now the Anchor Bleu). But they found themselves inadvertently involved in the midst of Britain’s gargantuan preparations for D-Day, which took place on June 6. Like everyone else in the village, they would not have known the real reason for the mayhem they found themselves surrounded by. The top secret (thankfully successful) and meticulously-planned British operation to invade the Normandy coast and re-capture German-occupied France also involved Allied troops from Canada and America. Soldiers poured into the area, some involved in making and assembling sections of Mulberry harbours, which were later joined together to provide a larger offshore floating harbour, for use during the invasion. There were landing craft construction sites at Bosham, and, at that time, the track to the Mulberry harbour fabrication yard went past the front of Far End. All the activity inevitably fuelled rumour and speculation; according to a Sussex newspaper, villagers were saying the strange floating objects were the start of a concrete bridge to cross the channel! Only people who lived locally were allowed into the area and the many fishing boats that worked out of Bosham quay were prevented from working, to ensure the channel was kept clear.

We can understand why Dylan sounded so perplexed when he later recalled, rather breathlessly, in a later letter to friend and poet Vernon Watkins: ‘The Sussex months were beastly….Aeroplanes grazed the roofs, bombs came by night, police by day, there were furies at the bottom of my garden, with bayonets and a floating dock like a kidney outside the window, and Canadians in the bushes, and Americans in the hair; it was a damned banned area altogether.’

Unfortunately for the family, the only bombs that fell on Bosham during the war exploded during their stay, dropped by the Luftwaffe in mid-May before the plane flew over water; one landed in a field quite close to the railway line, causing a large crater, and the other badly damaged a house. Added to that, the family’s stay coincided with a period of prolonged wet weather, and Dylan wrote to Tommy Earp that he ‘had such a fall into melancholy…I could only whimper in bed and fail to understand detective stories.’

Already unnerved by the frenetic activity at the bottom of the garden, the bombing was just too much. It is likely that Dylan feared further damage to the railway line, leaving him stranded in the village, and unable to commute. The family left hurriedly, even leaving food in the saucepans, and found refuge at Donald Taylor’s cottage in Hedgerley Dean,Buckinghamshire, before eventually moving on to New Quay, Ceredigion.