Got a digital camera, smartphone or tablet? Fancy a FUN day out? Then join the Dylanathon…

The photographic competition with a twist. For one day only, Saturday 27 June, retrace Dylan’s footsteps throughout Swansea, Mumbles and Gower armed with your digital camera and snap the places the poet would have known. 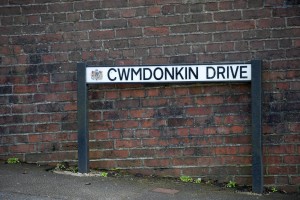 Dylanathon is a photographic competition with a twist. It’s not just for the professional but anyone with a digital camera, smartphone or tablet looking for a fun and challenging day out in Dylan Thomas’ Swansea. Dylanathon tests your imagination and inspiration rather than technical ability.

How would you depict the subject “lovely” in a photograph?

Perhaps knowing that it was part of the opening lines from Dylan’s Reminiscences of Childhood radio broadcast will help your creative juices flow:

“…I was born in a large Welsh town…an ugly, lovely town…crawling, sprawling by a long and splendid curving shore…”

This is not just for the technically proficient as we are looking for inspired interpretations of the subjects – one photo of each of ten Dylan related subjects over an eight hour period.

Although based in the Uplands suburb of Swansea where Dylan was born and brought up you have freedom to roam by bus, car, bike or on foot to capture your images.

We will set the scene for a great day out – where you go is limited only by your imagination. And you will be you will be joining the thousands of participants who take part in photomarathons all over the world.

There are some great prizes and an exhibition of all the photos later in the year.

Throughout the event the emphasis will be on fun. Whether you are a visitor or resident of Swansea, along the way you will learn something of Dylan’s work and places that inspired the young man who became, arguably, the greatest poet of the 20th century.

For more information, last year’s photo gallery and winners as well as how to enter please visit www.dylanathon.com