↓ Skip to Main Content
Home › Blog › To begin at the beginning: Higher Disley and the start of the the Thomas / Taylor relationship

To begin at the beginning: Higher Disley and the start of the the Thomas / Taylor relationship 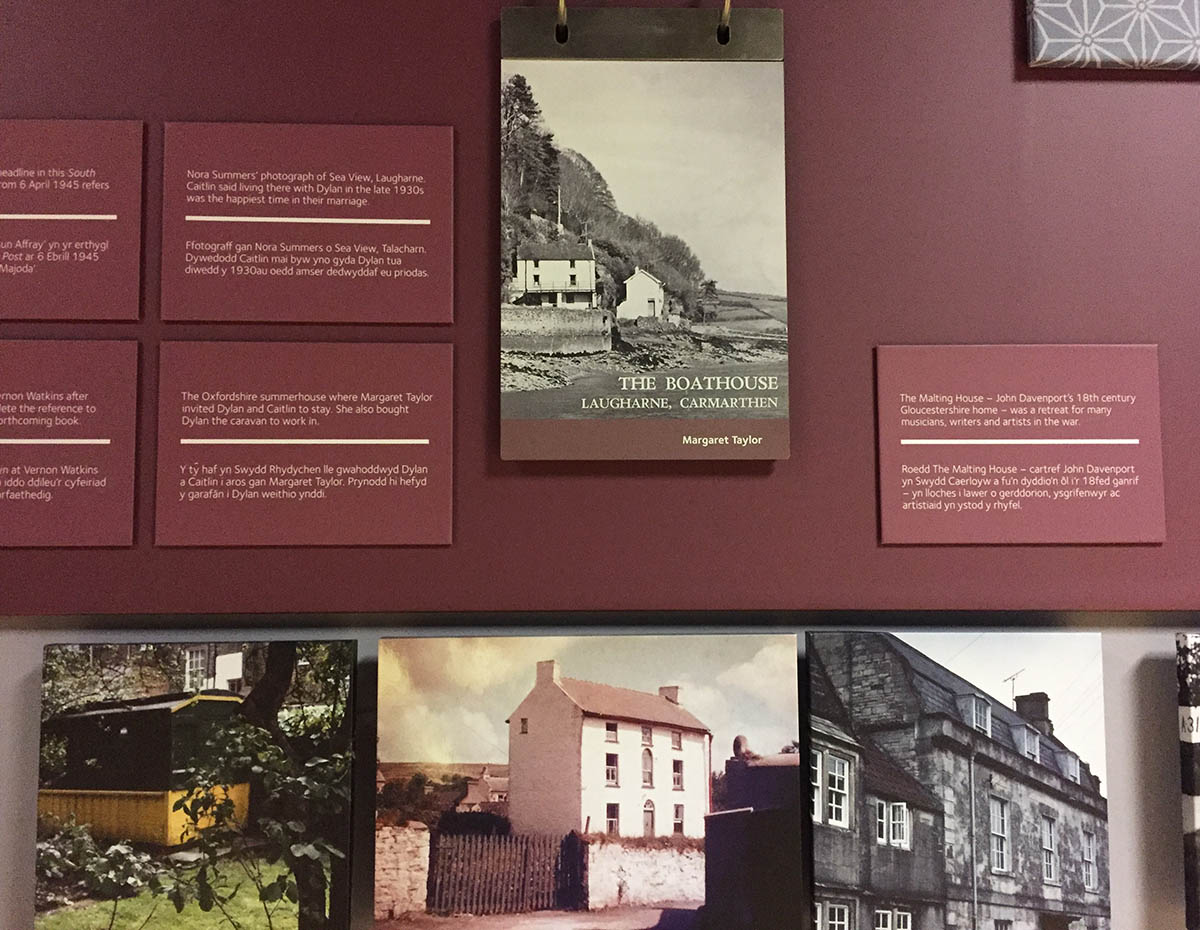 Linda’s new blog looks at the early stages of the friendship between Dylan Thomas and his patron, Margaret Taylor, from the perspective of Margaret’s husband, A.J.P. Taylor.

The iconic Boat House, in its picturesque setting on the estuary at Laugharne, has become synonymous with Dylan Thomas, and visiting it is an important part of the Dylan Thomas Welsh ‘experience’ for many. For this opportunity, we owe a debt of gratitude to his patron, Margaret Taylor, whose marriage to the eminent historian A.J.P. Taylor ended in divorce in 1950, largely as a result of her obsessional devotion to the poet. Her husband’s deeply entrenched loathing for Dylan was actually established many years earlier, long before his wife’s intensely destructive admiration began in earnest.

In 1935, when A.J.P. was teaching history at Manchester University, the 20-year-old Dylan stayed with the couple at their cottage, Three Gates, at Higher Disley, a rural hamlet above Disley, on the moors in the Peak District. The two men had a mutual friend; Norman Cameron (an advertising copywriter and poet) had been a student at Oxford University with A.J.P. and Dylan knew him through mutual literary circles.

Norman was instrumental in arranging the visit. The Taylors were often guests at Norman’s London home, and in his autobiography ‘A Personal History’, published in 1983, A.J.P.  recalls his friend writing to ask a favour: ‘a marvellous new poet had appeared, young and very poor; it was everyone’s duty to support him; would I have him for a week or two?’

On receiving the invitation, Dylan, now living in London, wrote to Swansea friend, Bert Trick: ‘Some people have invited me to spend part of the summer with them in the hills of Derbyshire, and I think of accepting. Conditions have more to do with writing than I realised; it may seem affected, but I really do need hills around me before I can do my best with either stories or poems.’

A.J.P.’s initial impression of Dylan when he turned up on the doorstep at Three Gates, was of a young man ‘curly haired and not yet bloated, indeed looking like a Greek god on a small scale’. However, the seeds of his dislike were soon sown and germinated profusely.

The historian said Dylan was ‘not much use’ to him; they had little in common apart from a liking for beer. A.J.P. kept a barrel at home, and had to ration Dylan to a pint at lunch and two with dinner, a meagre amount for someone AJP said was drinking a daily quotient of ‘fifteen or twenty pints’, ‘each consumed with an expression of insatiable greed’. Fortunately for Dylan there was a pub in the village, the Plough Boy, which provided any shortfall.

The picture painted in ‘A Personal History’ is of a rather unpleasant, precocious poet, likely coloured by A.J.P.’s retrospective belief that by marrying Margaret  ‘fate certainly played me a lousy trick’. Any satisfaction in providing a place for a ‘genius’ to write was outweighed by the young man’s personality: Dylan was, he said, a sponger with a ‘soft wheedling voice’ which belied a mean streak; he possessed a ‘cruel giggle’, especially when relating (without any sense of guilt) stories of theft of money and possessions from friends who could not afford to lose them.

A.J.P. writes that Dylan’s poetry was written at a window punctuated by the moorland landmark of Kinder Scout, the highest point in the Peak District. He wrote in pencil, crossing out the principal words and repeatedly substituting them for others. His method, he explained, with a laugh, ‘makes it more difficult for the readers’, which his host interpreted as a ploy to expose those who admired the poems as fools.

Dylan was in fact working on poems that appear in his fifth notebook, (which date from summer 1934 to August 1935, and came to public attention in 2014, the centenary of his birth). They would subsequently appear in his second volume of poetry, ‘Twenty-five Poems’, published in 1936, which became one of the most successful poetry books of the 1930s. The opening line of the poem ‘They suffer the undead water where the turtle nibbles’ (published as section III of ‘I in my intricate image’) was dated Disley, May (1935) and dedicated ‘To A and M’. Perhaps A.J.P. would have felt more benevolent towards D had this recognition come to light at the time.

Although A.J.P. does not mention Margaret’s opinion of Dylan in his autobiography, it’s highly likely that she appreciated his youthful looks, precociousness, enthusiasm and energy and was willing to overlook his faults.  In total, Dylan stayed for a month, outstaying his welcome by at least two weeks. When he left in May, he further exploited the Taylors’ kindness, by pretending he had lost his return train ticket, and asked for a loan of a couple of pounds. A.J.P.  didn’t expect to get the money back, but it did not matter because ‘I never expected to see Dylan again’.