‘Return Journey’ and other February events 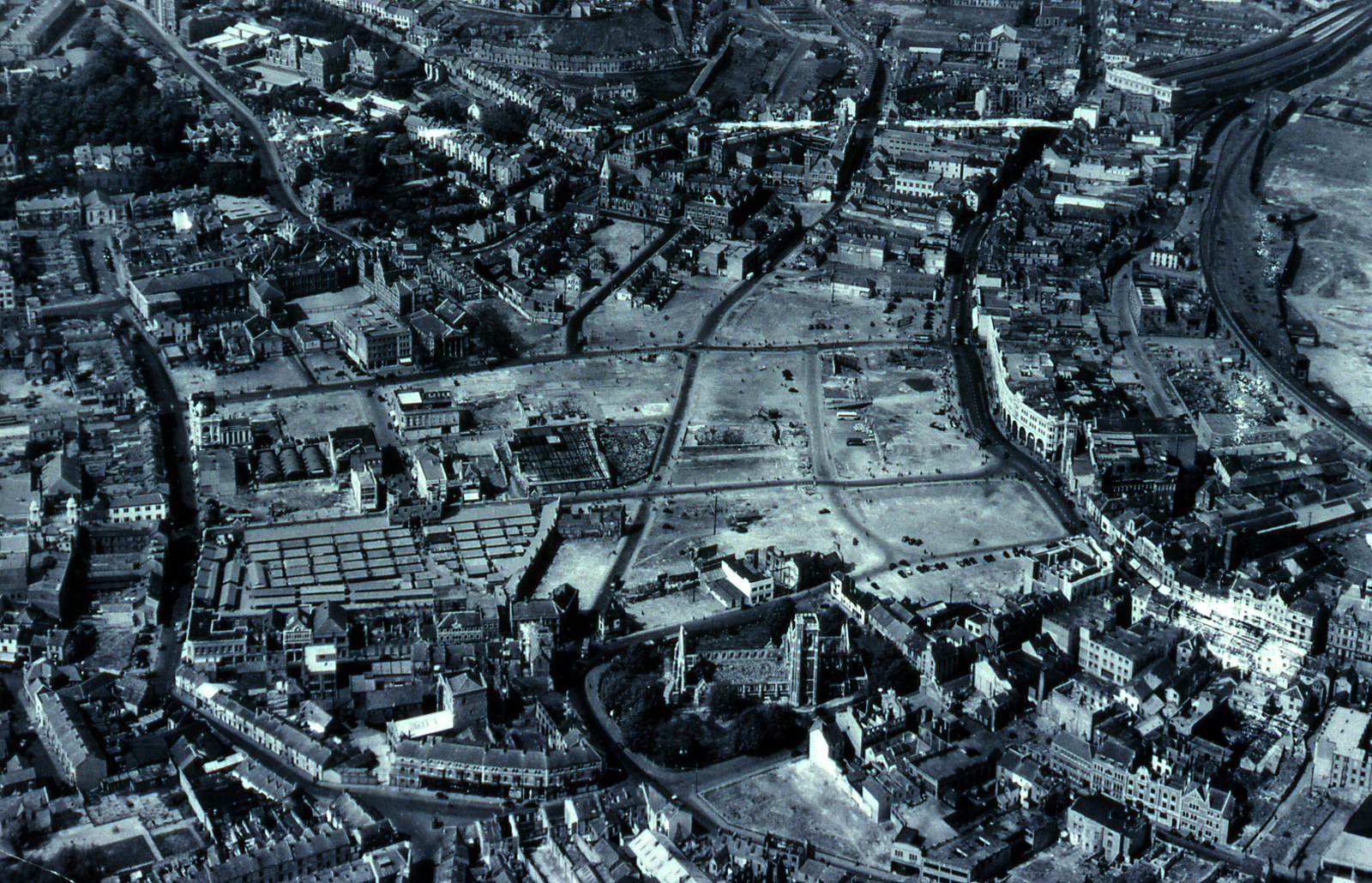 One of the most significant events in Dylan Thomas’ life, both on a personal, and subsequently, a far-reaching literary level, occurred in the month of February.  Known as the Three Nights Blitz, from February 19 to 21 1941, Dylan’s home town of Swansea endured a devastating series of aerial bombing raids by the German Luftwaffe, which killed 230 people. Over 850 buildings (including many in the town centre) were razed to the ground, and many thousands more were damaged. Although Dylan had lived a rather nomadic life since his early 20s, he was still very attached to the town where he grew up, and during the Blitz he was staying with his wife Caitlin at his parents’ home in Bishopston, a few miles outside Swansea. On witnessing the devastation for himself, he remarked to a friend, ‘…our Swansea has died. Our Swansea has died.’

On 7 February 1946 the best-known of Dylan’s poetry collections, Deaths and Entrances, was first published in London by J.M. Dent. Several of the poems in this volume dealt with the horrific reality and effects of World War Two and the Three Nights Blitz, for example ‘Ceremony After a Fire Raid’ and ‘Among Those Killed in a Dawn Raid was a Man Aged a Hundred’.  It was received very positively, and the 3000 copies originally produced were quickly followed by a further print-run of 3000, and the collection helped to reinforce his reputation as an important poet.

A year later, in February 1947, while Swansea was still in the throes of clearing the wartime devastation, Dylan began work on what has become one of his most well-regarded and poignant works – ‘Return Journey’. In this radio piece, Dylan travels through a war-torn Swansea, attempting to revisit his youthful self, while at the same time recovering a Swansea lost forever. It ends with the young Dylan asking the park keeper at Cwmdonkin Park (which was, and still remains, opposite Dylan’s birthplace), if he remembers the young boy who would play tricks on him. The reply is ‘Dead dead dead dead dead dead’. It was broadcast in the spring of that year on the BBC Home Service.

On a brief lighter note, February 20, 1950 became a significant milestone in Dylan Thomas’s literary career, when he flew to New York to begin his first extremely successful U.S. reading and lecture tour, which included colleges and universities across the United States and Canada. Now well-established as a poet, he was invited back on three subsequent occasions, the last of which ended tragically with his untimely death at the age of 39 in November 1953.

Fittingly, on 4 February, 1954, Dylan’s life and achievements were celebrated at a memorial event, held at the Royal Festival Hall in London. Extracts of his work were performed, and although ‘Return Journey‘ did not feature in the programme, there was a reading of Dylan’s poem ‘A Refusal to Mourn the Death, by Fire, of a child in London’, about a girl who died after her home was set alight during an air raid.

Undoubtedly, Dylan’s experience of witnessing first hand the February 1941 air raids and a London devastated by war, affected him greatly, and resulted in the themes of death and destruction that run through much of  his works.