Reflections on Dylan Thomas’ poem, ‘That sanity be kept’ 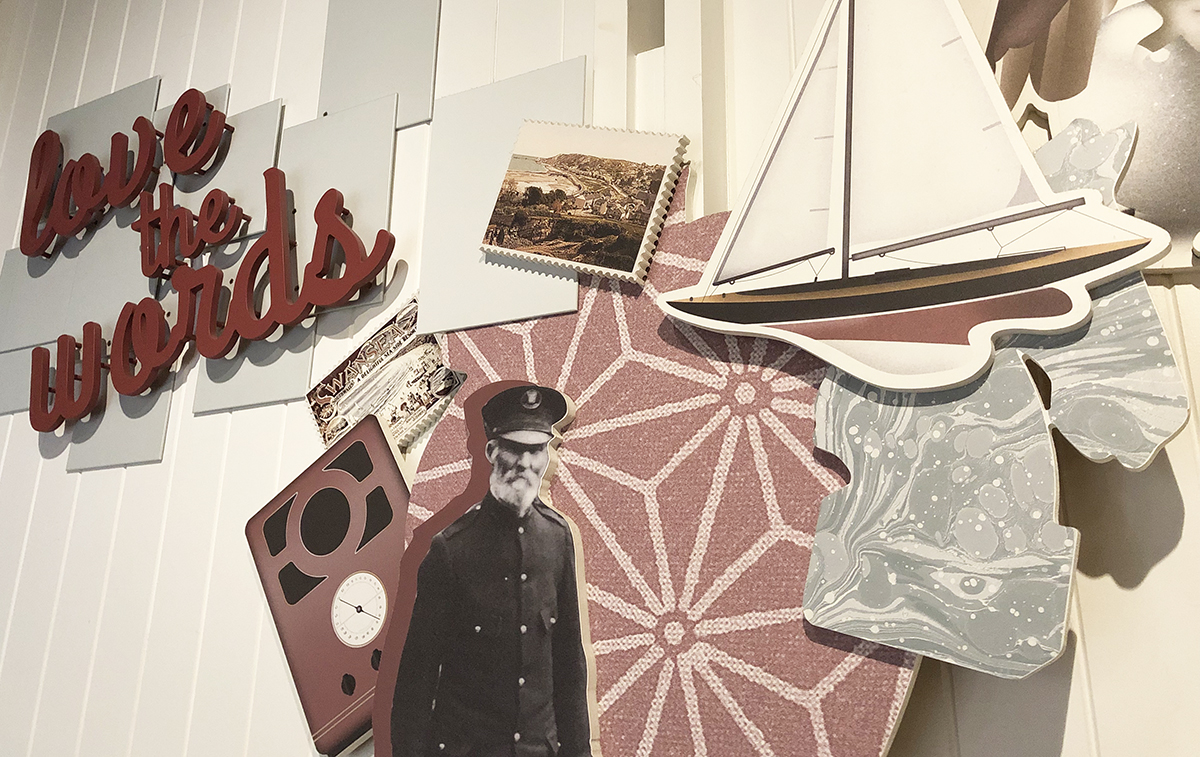 ‘That sanity be kept I sit at open windows,
Regard the sky, make unobtrusive comment on the moon,
Sit at open windows in my shirt,
And let the traffic pass, the signals shine,
The engines run, the brass bands keep in tune,
For sanity must be preserved’

At the time of writing, the deadly coronavirus is raging across the globe. In times of uncertainty and emotional turmoil, people often turn to writing and reading poetry for comfort. As we try to fight negativity with positivity, this outwardly unremarkable poem possesses the timeless ability to strike an emotional chord within us, as does Dylan Thomas’ famous poem ‘Do not go gentle in to that goodnight’.

In this poem the beshirted 18-year-old Dylan sits passively ‘at open windows’ of the family home in Uplands, Swansea, regarding and absorbing the sights and sounds of everyday human activity. Comparing himself to an all-seeing supreme being, a ‘Jehovah of the west’, he heightens his awareness to the traffic passing, mowers mowing, visitors to the park and brass bands playing in this genteel suburb. To passers-by he appears a somewhat isolated yet unremarkably conventional figure, a distant observer. Yet Dylan is wracked with creative insecurities, believing them to originate from the contradictory nature of his mind.

To put this into biographical context, since his teenage years Dylan had been driven by an inner necessity for expression, to ‘strive after mystery and meaning’, to fill exercise books with poems at a prolific rate. He literally lived to write. This poem appeared in the Sunday Referee in September 1933, an early publishing success. But around this time he worried his all-consuming creativity was faltering, and that his stranger, darker poetry might be the result of madness – his ‘real’ mood. He feared ‘the ‘chill clean air is just a superimposed sanity, a false cleanliness of mind forced upon me by the wind and the morning’. In February 1933 he was uneasy that what poured onto the page was ‘either lucid or nonsensical by the turns of my whirligig mentality’.

Poets generally covet isolation, and full social interaction might have broken the creative spell, so by opening the window, a face waiting for a breeze of banal normality, Dylan attempts  to fight off his mind‘s tendency to generate poetry of an introspective and melancholic nature, and tries to maintain faith in himself by fostering a healthy mindset. However, he doesn’t always succeed: he is ‘Thinking of death’, while watching children   playing ‘in all their innocence’, and while observing lovers walking arm-in-arm he detects ‘beneath the laughs / What stands for grief, a vague bewilderment / At things not turning right’.

The poem maintains an underlying sense of unease which feeds off the tone of restrained sobriety which overlies it.  The image of open windows is repeated three times throughout the poem, as is the noun ‘sanity’, as if for Dylan they must co-exist to create a grounding force for a genius mind driven to succeed, despite his ‘contradictory devils’. The phrase ‘That sanity be kept’ opens and closes the poem, enveloping and preserving this notion. Interestingly, today we would say that he was practising mindfulness, which involves ‘being in the moment’,  reconnecting with the sensations our bodies experience, becoming more aware of our thoughts and feelings to better understand ourselves and alleviate mental stress and anxiety at difficult times in our lives.