Chris Williams Posted on 6 May 2021 Posted in Blog 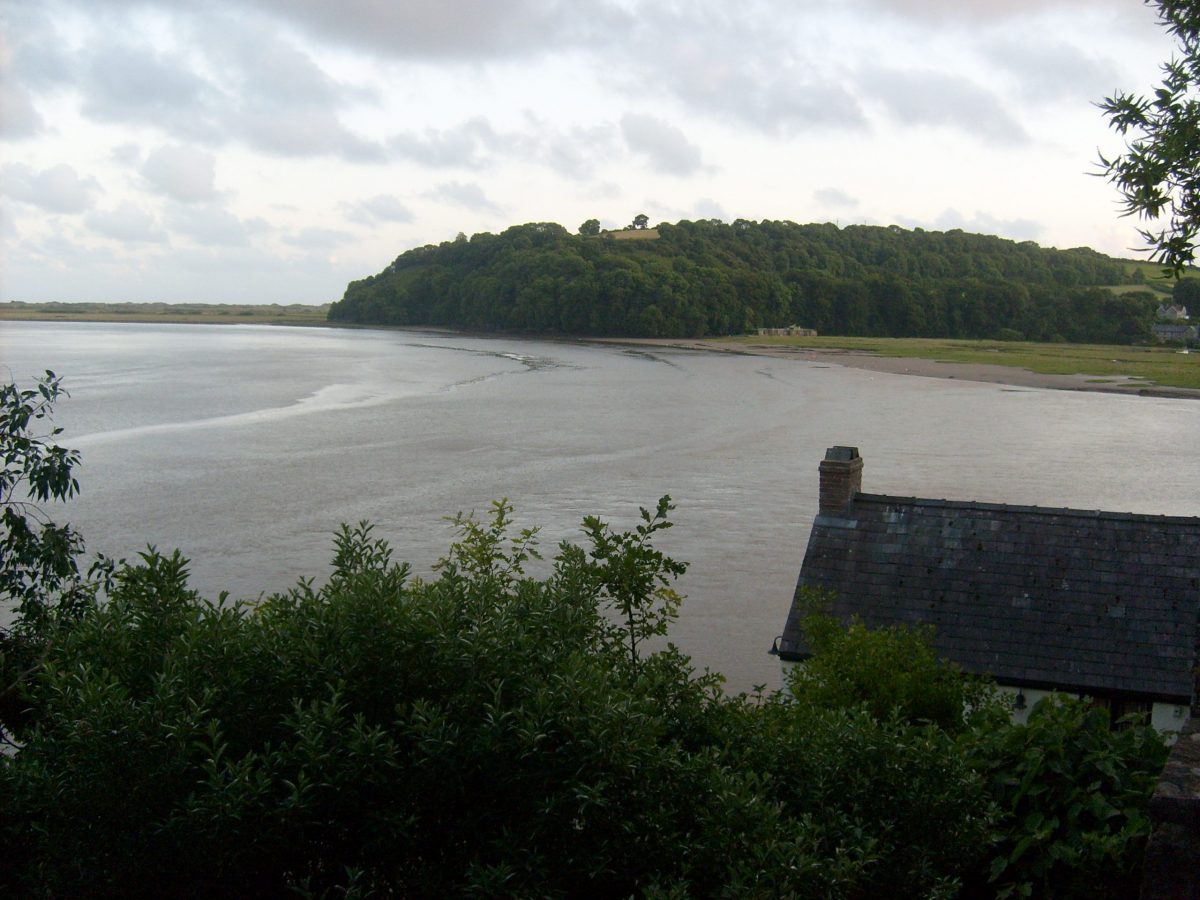 In her latest blog on Florence Thomas, Katie picks up the story in Laugharne.

‘She was always cheerful wherever she was; you just couldn’t keep her down’- Caitlin referring to Florence, in Caitlin: Life with Dylan Thomas

We left Florence and D.J. living in the Pelican in Laugharne. It is documented in Dylan Remembered Volume One that their daughter Nancy and her husband Gordon Summersby helped pay the rent, and they had two lodgers, Billy Guts and Dai Thomas. According to Caitlin, in Caitlin: Life with Dylan Thomas, Florence ‘made herself at home’ at the Pelican. She would happily go about her domestic chores while D.J. was complaining about ‘the end of civilization’. Caitlin observed that when Florence’s friends from Carmarthen ‘for a cup of tea and two hours of malice’, D.J would lock himself away until they had gone again.

Sally Brace provided help at the Pelican for five years. In Dylan Remembered Volume Two she described how she would go round the house at 9 o’clock, leave at 2pm and then return at 8 to give them supper. Every night she would give D.J., whose health was rapidly declining, egg and milk with brandy in it. Of Florence she said: ‘she was a perfect lady, very kind in every way.’ Although D.J. would rarely leave the house, Caitlin and Dylan would take Florence for walks in a wheelchair. Nellie Jenkins, who was the District Nurse in Laugharne, observed how kindly Caitlin was towards Florence during this period, declaring it was ‘the one redeeming feature I had for her’.

Aeronwy was a frequent visitor to the Pelican, often going there to ‘escape Caitlin’s unpredictable temper’. She would sometimes stay overnight, sleeping in with Florence. In her book My Father’s Places she provides some wonderful insights into Florence’s gatherings with her friends and relatives. They would speak ostensibly in Welsh, but would change to English for Aeronwy’s benefit. They would discuss various topics, on one occasion, Aeronwy recalled, they were talking about funerals. Florence said that she would pay 6d a week into a funeral book. When asked by her concerned peers whether this was enough her response was: ‘Well, I’ve got the hams ready’ and she proceeded to show them all the hams hanging in the basement, which was met with much approval.  There would be extravagant teas laid out, and all the women would take their false teeth out – provided the men were not around – and continue their conversation in comfort. When Dylan came to these gatherings, the teeth would go back in, and Dylan would be offered the second best chair (the best being a Queen Anne reserved for D.J.). From Florence, Aeronwy would learn how to draw sheep, how to make rice pudding and what words she shouldn’t use. Aeronwy observed that Florence ‘never criticised mother to me’, even if there was indication she disagreed with Caitlin’s actions.

Although Florence spoke to Dylan about his drinking habits, her admonitions were slight. Andrew Lycett, in Dylan Thomas A New Life, documents one as being: ‘Now don’t think I’m interfering, dear, I just happened to be looking out of the window as you fell down Brown’s steps.’ She did not allude to his drinking to anyone else. Interestingly, despite his chest complaints, Florence did not criticise Dylan’s smoking. According to Aeronwy, she would encourage men to smoke, always ready with an ashtray, deeming it ‘manly’.

In 1950, Dylan went on his first tour of America. As with this, and his subsequent tours, Caitlin observed that his letters to his parents always made him sound ‘enterprising and industrious’. She said that his parents ‘lapped them up’ whereas Caitlin was more inclined to take them with a ‘pinch of salt’. According to Paul Ferris, in Dylan Thomas: The Biography,  Dylan is alleged to have said to Florence: ‘Wouldn’t it be nice, our Mummy, if I didn’t have a home to keep, so that I could keep this money and go and do my love poems!’ Her observation was that each time he returned from America he was ‘greeted with bills’. Caitlin’s perspective was that he went away for prolonged periods of time and returned with very little.

D.J. died on the 16th December 1952. The day prior to his death, according to Lycett, he went to the kitchen and mistook Florence – who was making onion soup – for his mother, before returning to bed where he declared ‘It’s full circle now’. Caitlin recalled that Dylan was not present when D.J. died, but Florence was there at his bedside. She remembered her and Dylan visiting Florence later that day and D.J. being laid out on the table in the front room.  Aeronwy remarked that Florence took D.J.’s death ‘well’ and behaved ‘as she had always done’. D.J.’s estate, valued at £165, went to Florence and Gordon Summersby promised to help continuing to pay her rent.