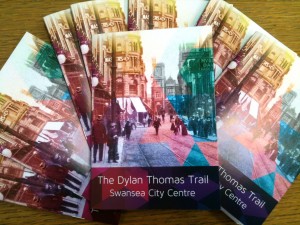 Dylan Thomas famously described Swansea as an ‘ugly, lovely town, (or so it was, and is, to me)’. Despite the devastating effects of the Three Nights Blitz in 1941, much of Dylan’s Swansea is still recognisable. Our new Dylan Thomas City Centre Trail booklet is designed to help people discover Dylan’s ‘stained and royal town’ for themselves, with the words of the man himself to guide you on your way.

The Trail begins at the Dylan Thomas Centre’s permanent ‘Love the Words’ exhibition, then heads out towards Dylan Thomas Square and the current home of Swansea’s Little Theatre, the company Dylan acted with as a young man. You’ll pass several buildings Dylan knew well, from the Queen’s Hotel, to Swansea Museum, ‘the museum which should have been in a museum’, and on past the old Exchange Buildings and the former offices of the Harbour Trust, now Morgan’s Hotel.

It’s on Wind Street and High Street that many traces of the ‘young dog’ can be found. After leaving school at 16, he worked for around 18 months as a junior reporter for the South Wales Daily Post, then located by ‘the fragment of the castle’ at the top of Wind Street. This was a formative time for him, as he explored a Swansea far removed from the middle class suburbs of his childhood. Older reporters, such as Freddie ‘Half Hook’ Farr introduced Dylan to some of the many pubs in the area, such as the now-demolished Fishguard Arms where ‘you can see the sailors knitting there in the public bar’. Dylan’s assignments, meanwhile, took him to the local hospital and the morgue, where ‘he went pale green, mun’, the first time he saw a corpse. 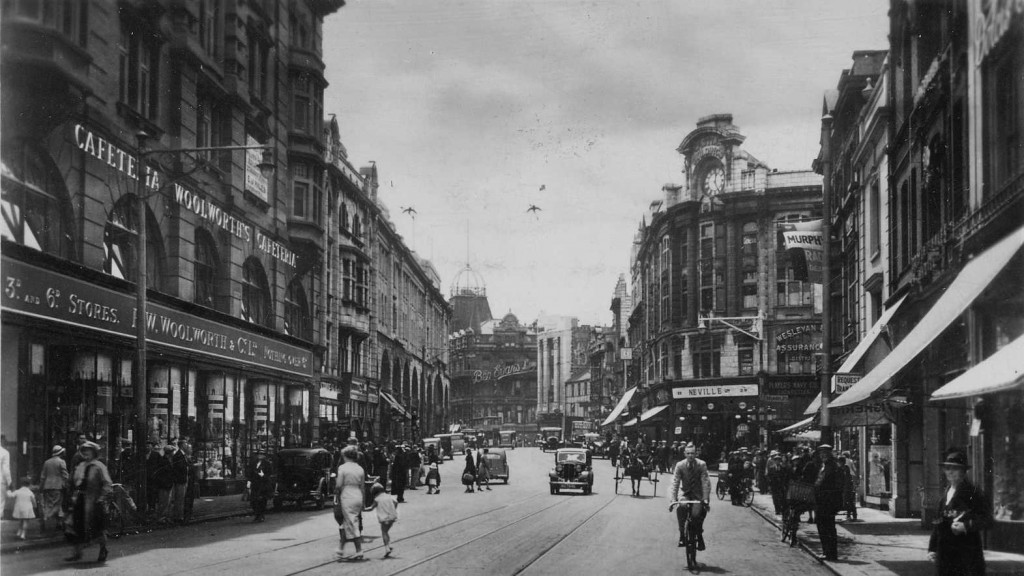 Though Dylan’s time at the Post was short-lived and of mixed success, it was an important time for him as an individual and as a writer, sharpening his political consciousness, and introducing him to people, places and entire districts previously out of his experience. These characters, events and situations were in some cases semi-fictionalised in stories featured in Portrait of the Artist as a Young Dog, published some years later in 1940. And Dylan’s moving and evocative radio broadcast, ‘Return Journey’ (1947), which documents the Blitz’s devastation through the speaker’s quest to find his youthful self, begins on High Street.

The Trail continues past the site of the Plaza Cinema, where Dylan and his friend, Bert Trick, protested against Oswald Mosley and his Blackshirts at a demonstration organised by the communists, and takes in the YMCA, where Dylan acted in the Llewelyn Hall. You’ll be guided past the Number 10, Swansea Market and St Marys’ Church, before the Trial concludes at the No Sign Wine Bar, another favourite of Dylan’s.