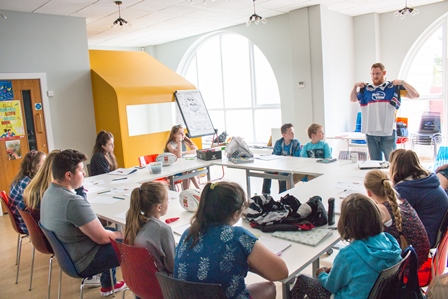 One group is for year 5 and 6 pupils, and the other for secondary age students. The groups typically meet twice a term on a Saturday morning, in the relaxed environment of the Dylan Thomas Centre’s Learning Space. 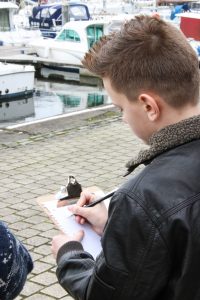 Young people join the Squad having been nominated by a carer or teacher familiar with their creative writing, or by getting in touch with the Dylan Thomas Centre directly. The only qualification to join is a love of writing!

The young people have explored poetry, fiction, memoir, haiku, flash fiction and much more in our sessions, and taken part in national initiatives like the WRU’s Rugby Stories/Storiau Rygbi project for the 2015 Festival of Rugby.

We’re delighted that Cynan Jones has put together an e-book featuring some of the fantastic work produced in his sessions.