↓ Skip to Main Content
Home › Blog › Return journey for some

Return journey for some

It’s October, it’s time for our annual Dylan Thomas Festival, and this year we’re pleased to say that some artists will be making a return journey to Swansea, we’ll also be welcoming a few new ones as well!

We’re looking forward to a busy fortnight of activities between 27 October and 9 November. 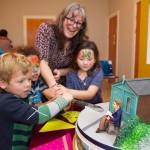 There’s a week of fun half term activities, including, Dylan’s Big Birthday Bash, a day celebrating Dylan’s 101st birthday packed with fun activities for all the family to enjoy – look out for themed crafts, face painting, cake and more!

During the rest of half-term week, join in with The Big Draw, write a spooky story for Halloween, and enjoy our Black History Month workshops run in association with the African Community Centre.

We’re pretty confident that writers will relish our series of creative writing workshops focussing on different styles, including the thrilling suspense of a good spooky story, writing about food, and the special form of the villanelle. Poetry Wales editor Nia Davies, and Costa Prize winning poet, Jonathan Edwards, are among those leading the workshops. 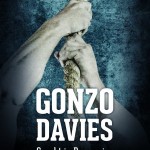 Rugby enthusiasts will enjoy the brilliant Eddie Butler reading from and discussing his new book, Gonzo Davies Caught in Possession and sharing his views on the Rugby World Cup, whilst Professor John Goodby reveals a long-lost Dylan Thomas poem.

James Bond fans and biographers alike will appreciate some of the secrets Andrew Lycett, author of biographies on both Dylan and Ian Fleming, will uncover in his illustrated talk.

We launch Rebecca John’s dazzling debut collection – which this October won the Pen International New Voices Award – and don’t miss a memorable night of 1940s themed entertainment from the people behind Bluestocking Lounge! The Festival and the Friends of the Glynn Vivian Art Gallery will present a gothic treat with Professor Damian Walford Davies’ talk. 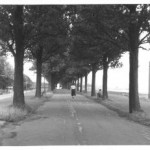 Our temporary exhibition features photographs of Dylan’s Swansea by his friend Ethel Ross, the sister in law of Alfred Janes. We’ll also display Dylan’s script for his play, ‘Lunch with Mussolini’, which he gave to Ethel in the early 1930s.